In Store Selection Tasting area at the Marquise

Our services for businesses

Would you like to thank your partners or associates? We can offer you a solution which meets your expectations.

Keep up with all our latest news!

From the most classic recipe, to pure origin cocoa, to the sweetest treats, there is something to suit all tastes! 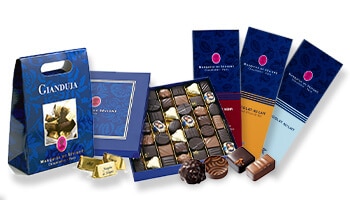 Delivery by Chronopost or curier (région parisienne) Free delivery from 60€ 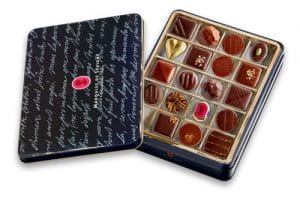 Just like in our Parisian shop, we give you the freedom of composing your very own selection of chocolates in a pretty metal box decorated with the Marquise de Sévigné’s writing. Personnalise my box 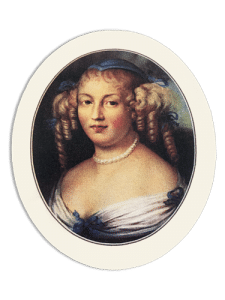 Madame of Sévigné, who was a famous 17th century letter-writer, often praised the benefits of chocolate in famous letters addressed to her daughter. As a smiling figure of an era when the art of living was one of society’s major obsessions, she embodies a continuous search for refinement and finesse in the French chocolate specialities of which she has become the perfect ambassador all over the world.

The passion of a 19th century young couple

In 1892, a young couple originally from Royat, in Auvergne, full of energy and wisdom, bought a tiny local factory, the “Chocolaterie of Royat”.

Mr and Mrs Rouzaud had the aim of producing good quality chocolate and creating an excellent French industry which would convey a positive image of their region.

Despite the good quality of their products, the couple struggled to sell them in the beginning, but were not discouraged. Mr Rouzaud even had the groundbreaking idea of publishing a nicely designed catalogue which he handed out to all the local grocers from the surrounding area. It was still hard to find a place in the market given all the already well-established brands! 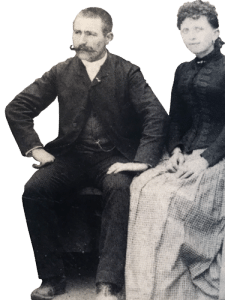 The birth of a brand, a true legend of luxury

The brand ‘Marquise de Sévigné’ saw the light of day in 1898. That year, Madame Rouzaud opened a summer shop in Vichy during her summer retreat. Whilst watching a performance of ‘Cyrano de Bergerac’ at the theatre, Madame Rouzaud wanted to show her admiration for Edmond Rostand who was staying at the Sévigné pavilion and said “that’s a name that would sound good for sweets”. From that blend of both literature and confectionary arose a brand, a style and then great success.

Marie, the Marquise de Sévigné, became the worthy inspiration for the couple of chocolate makers and the muse of an excellent chocolate brand.

At the beginning of the 1900s, the brand was established in big towns – where it quickly became fashionable – but also in holiday resorts for a specific customer base.

Orders started flowing thanks to circulation of information by word of mouth and the company quickly started thriving. Eleven shops were opened in different regions of France, of which 2 in Paris in 1906, in the middle of the carefree yet elegant Golden Age. As well as having fashionable theaters, dressmakers and restaurants, Paris soon had ‘Marquise de Sévigné’ chocolate shops with mouth-watering front windows, seducing many cosmopolitan, hand-picked customers. Less than 10 years after the creation of the brand, the whole of Paris was coming in, looking for an elegant place.

The expansion continued in Paris with the opening of numerous shops with the same quality welcome, same standard of presentation and decor. This was followed by worldwide recognition and the creation of selling points in different countries.

The head of the company, Auguste Rouzaud, became an expert of grand cru cacao all over the world and only bought the best aromatic beans sourced in Venezuela, Ecuador or Brazil. He innovated by making the most subtil mixes. 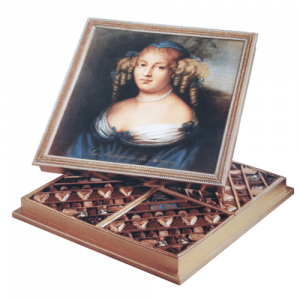 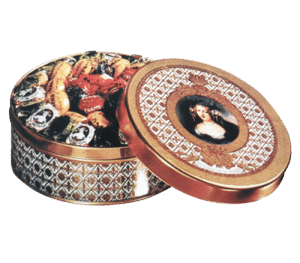 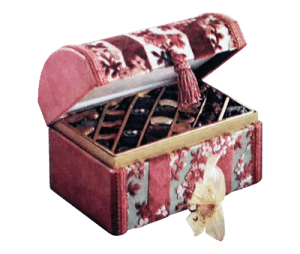 Whilst Mr Rouzaud was polishing his chocolate recipes and finalizing delicately-flavoured chocolates, Mrs Rouzaud put her talents to use to take care of elegance and presentation.

In her opinion, a refined product must be presented with art. She therefore conceived the first boxes like true jewellery cases.

From the very start, she took care of the smallest details. She managed to align modern fantasies with the cult of the 17th century, known as the ‘grand siècle’. No substance is considered too beautiful nor too precious: exotic wood, fine porcelain, leather, tin or gold, can offer a range of thousands of chocolate boxes.

Some famous authors sponsored charming designs which represented scenes of life at the time.

For a long time, these very refined chocolate boxes remained a symbol of the ultimate gift, the pleasure of giving.

By the end of the 1960s, the Rouzaud couple had managed to institute delicious habits for new consumers all around the year. 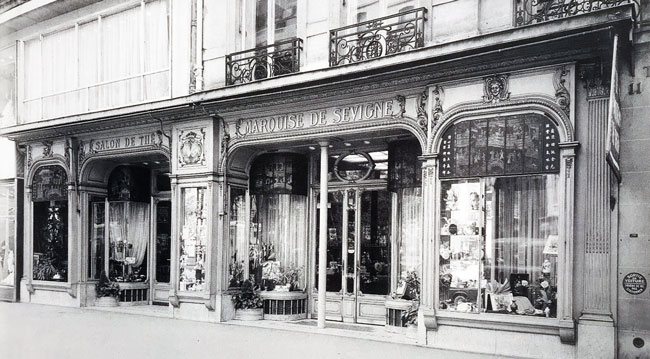 Discover our products on our online shop Compose your chocolate box

We are using cookies to give you the best experience on our website.
You can find out more about which cookies we are using or switch them off in settings.

This website uses cookies so that we can provide you with the best user experience possible. Cookie information is stored in your browser and performs functions such as recognising you when you return to our website and helping our team to understand which sections of the website you find most interesting and useful.

Strictly Necessary Cookie should be enabled at all times so that we can save your preferences for cookie settings.

If you disable this cookie, we will not be able to save your preferences. This means that every time you visit this website you will need to enable or disable cookies again.

These cookies allow us to determine the number of visits and sources of traffic, in order to measure and improve the performance of our website. They also help us to identify the most/least visited pages and to evaluate how visitors navigate the website. All information collected by these cookies is aggregated and therefore anonymised. If you do not accept these cookies, we will not be informed of your visit to our site.

Please enable Strictly Necessary Cookies first so that we can save your preferences!